The festive season can often be time for winding down for many businesses, but  the Threepipe PR team has been as busy as ever in December, successfully planning and executing the first-ever UK launch event for Britax Römer, the leader in child car seat safety.

Tasked with launching its most premium car seat to date, the DUALFIX i-SIZE, Threepipe orchestrated a first-class event which offered key media, retailers and influencers an exclusive look at the car seat ahead of it going on sale in January.

For such a highly anticipated launch, only the very best would do and so the esteemed Stratstone of Mayfair Jaguar was selected as the venue for the launch. Highlighting the key features of the car seat, including its ability to rotate 360° degrees to give parents an easy solution for their child’s entry and exit to the car; the event took on a 360° format with various learning stations circled around the showroom.

Each station demonstrated a different product feature through a series of interactive videos, which were produced by Threepipe’s in-house design team. Guests were also able to experience a car journey in the DUALFIX i-SIZE through their child’s eyes using VR headsets and bespoke content. At the final station, guests were greeted by Britax Römer product expert, Mark Bennett, for a one-to-one Q&A session on the DUALFIX i-SIZE and car seat safety and experience a demonstration.

Given that it was nearly Christmas, the event had a festive twist for guests, who were treated to mulled wine and various Christmas treats, including mince pies with brandy clotted cream. There was also fun for the little ones (and adults!) with a spray paint wall giving them the chance to design their very own DUALFIX i-SIZE, with the best designer winning a car seat of their own.

Overall the event was a huge success with more than 25 attendees and lots of positive feedback shared on the product and event. We’re now looking forward to seeing all of the great coverage generated when the car seat hits shelves in mid-January! 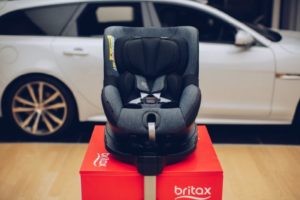 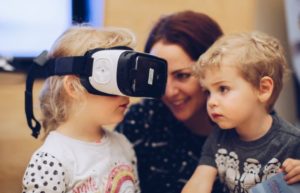 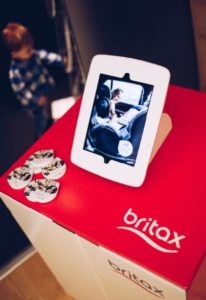 Metrics in a mixed-up world: the case for engagement rates as a core KPI and ignoring competitor audience sizes
How important is engagement rate in the context of ongoing campaign management? A common question that’s relevant to both the normal and current CV19 social world.…
166 LikesLeave a comment

Ascension Healthcare PLC has turned to Threepipe’s Amazon specialist division, Emergent Retail, to support its Flexiseq range of products on Amazon UK
Flexiseq offers a clinically proven, drug free solution to the pain and stiffness of osteoarthritis. Every tube of Flexiseq is packed with nanoscopic droplets called Sequessome®…
165 LikesLeave a comment